Amazon.in
See it
Show all +
Last Amazon price update was: November 11, 2018 9:48 am
× Product prices and availability are accurate as of the date/time indicated and are subject to change. Any price and availability information displayed on Amazon.com (Amazon.in, Amazon.co.uk, Amazon.de, etc) at the time of purchase will apply to the purchase of this product.

The Redmi 4 looks like a capable phone on the specifications sheet in the budget smartphone market where some compromises are certain. Can Redmi 4 rise above those to offer a great value-for-money smartphone and hit new sales records? Let’s find out in this comprehensive review.

The Xiaomi Redmi 4 is a dual SIM (GSM and GSM) smartphone that accepts Micro-SIM and Nano-SIM. Connectivity options include Wi-Fi, GPS, Bluetooth, Infrared, USB OTG, 3G and 4G (with support for Band 40 used by some LTE networks in India). Sensors on the phone include Compass Magnetometer, Proximity sensor, Accelerometer, Ambient light sensor and Gyroscope.

With a unibody metal construction, the Redmi 4 follows the design language of Redmi Note 4. There are curved edges with a curved 2.5D glass on the front which aids the ergonomics. The highlight of the design is of course the compact form factor owing to the 5-inch display. It fits quite well in one’s palms and single-handed usage is a breeze.

The build quality is excellent and it feels solid, and the matte black variant looks great and gives a very premium feel.

However, the three capacitive buttons behind the display are not backlit. It is disorienting at first, but you impulsively know where your thumb needs to go after a few days of usage.

The Redmi 4 might be a budget phone but there’s no compromise on the aesthetics. In fact, with this outing – like before – the company sets the standards for what affordable smartphones should look and feel like in 2017.

The Redmi 4 sports a 5-inch HD display with a 1280 x 720 resolution. There’s a 2.5D curved glass, similar to the Redmi Note 4. It’s toughened glass, although there’s no Gorilla Glass protection.While the specifications sheet watchers would’ve liked a Full HD display, I think it would’ve been an overkill on a 5-inch budget smartphone and obviously hurt the battery life.

The HD display nevertheless looks fantastic in terms of color reproduction and viewing angles. The images and text looks sharp, and it is clearly one of the best displays on smartphones in this price segment. Maintaining a perfect balance, it is a crisp and vivid display without the colors looking oversaturated.

The mid variant that I used for this review had just over 25 GB free memory out-of-the box.

The Snapdragon 435 is a pretty snappy chip, and the Redmi 4 chugs along nicely in daily usage. In my three weeks of usage, I haven’t really encountered any sluggishness or lags. One of the impressive things is that even while gaming, the phone did not get hot.

The 4,100 mAh battery on the Redmi 4 saves you from the constant battery anxiety. A day and a half on a single charge is easily manageable for most casual users which is impressive really. Even on moderate to higher usage, the phone managed to offer more than a day of battery life.

Just like the Redmi Note 4, the Redmi 4 packs in an IR blaster that you can configure to use your phone as a remote control for several electronic appliances at your home. The fingerprint scanner located at the back is quite good, and apart from authentication, can also be used to take photos, especially those selfies.

The dual SIM smartphone features a hybrid slot, so essentially, you can either use two SIM cards or one SIM card and one microSD card. If you need to use two SIMs and are a content hog, maybe you’d like to opt for the top variant that offers 64 GB internal storage.

Outdoors in daylight, the phone really surprises with details it manages to capture and overall clarity. Even the macro shots and close-up portraits turn out to be great. The PDAF works quite well and the camera focuses on subjects in a snap.

In low light, the camera manages to click some decent shots, but there’s a lot of noise in the pictures. Even indoors, the photos take a hit and are average at best. But this is a budget smartphone we’re talking about and it does better than what most in this segment manage to achieve.

Xiaomi deserves credit for its impressive camera algorithms that makes the Redmi 4 a fast and dependable shooter.

The 5-megapixel front-facing camera manages decent selfies that are good enough for social sharing. There’s nothing special there, although most would not expect that anyway.

The Redmi 4 runs MIUI 8 on top of Android 6.0.1 Marshmallow. MIUI is Xiaomi’s proprietary customization layer on top of Android. It is heavily skinned, and a totally different UI altogether than stock Android.

My biggest grouse with this phone is that it runs Android Marshmallow in the second quarter of 2017. Xiaomi does offer a beta version of Android 7.0 Nougat for users interested in testing the same, and expectedly it would be released to the general public soon enough.

Thankfully though, MIUI 8 is one of the better Android skins out there and has a lot of fans. There’s evident attention to detail and unlike most skins from Chinese players, the user experience is polished and quite cohesive. 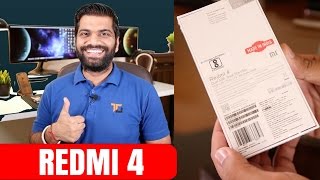 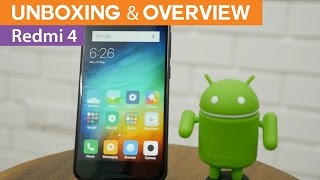 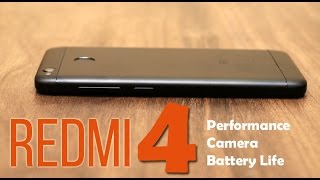 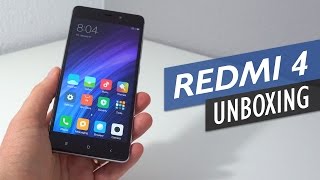