Ebay
Rs. 29,890
See it
Last Amazon price update was: December 15, 2017 4:55 pm
× Product prices and availability are accurate as of the date/time indicated and are subject to change. Any price and availability information displayed on Amazon.com (Amazon.in, Amazon.co.uk, Amazon.de, etc) at the time of purchase will apply to the purchase of this product.

Samsung had confirmed late last year that its entire Galaxy A (2016) lineup will receive Android Nougat at some stage during this year, so it is certainly heartening to see the company finally making good on that promise. The Galaxy A (2016) lineup is pretty large, comprising of devices like the Galaxy A3, Galaxy A5, Galaxy A7, Galaxy A8, Galaxy A9 and Galaxy A9 Pro. It will be interesting to see when the other devices in this lineup will receive the latest update, but Samsung has already been hard at work, rolling out Android Nougat to some of its more premium smartphones over the past few weeks.

The Galaxy A5 (2016) carrying the model number SM-A510F in Russia seems to have got this update. After the roll out of the update, the smartphone runs the firmware with the build number A510FXXU4CQDK. This is an OTA update, claims a Galaxy A5 (2016)

The Performance Mode will let you optimize your phone better to meet your needs by activating any mode. 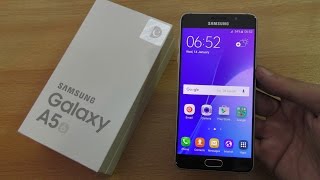 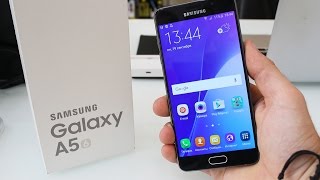